Django is a Python-based Web Application Framework that follows the Model-View-Controller architectural pattern. As one of the most popular Web Application Frameworks available today, Django has an extensive amount of documentation and extensions available. It is also built primarily for data-driven websites. A non-profit organization and an active community of developers contribute to Django’s platform, which is both open-source and free. The advantages of using Django are rapid development and less code. Django also provides an administrative interface and many bundled components. Websites such as The Washington Times, Instagram, Spotify, dropbox, and Nextdoor used Django for development, and employers frequently sought Django developers and Python specialists for web development.

For developing a web application or API backend.

For rapid development of some web applications.

Deploying the application fast and scaling it according to your needs.

A perfect ORM for working with a database instead of database queries.

To develop a secure single page application for either retrieving data or posting data,

Who this course is for:

After successful completion of the course, students will get a "Certificate of Completion" 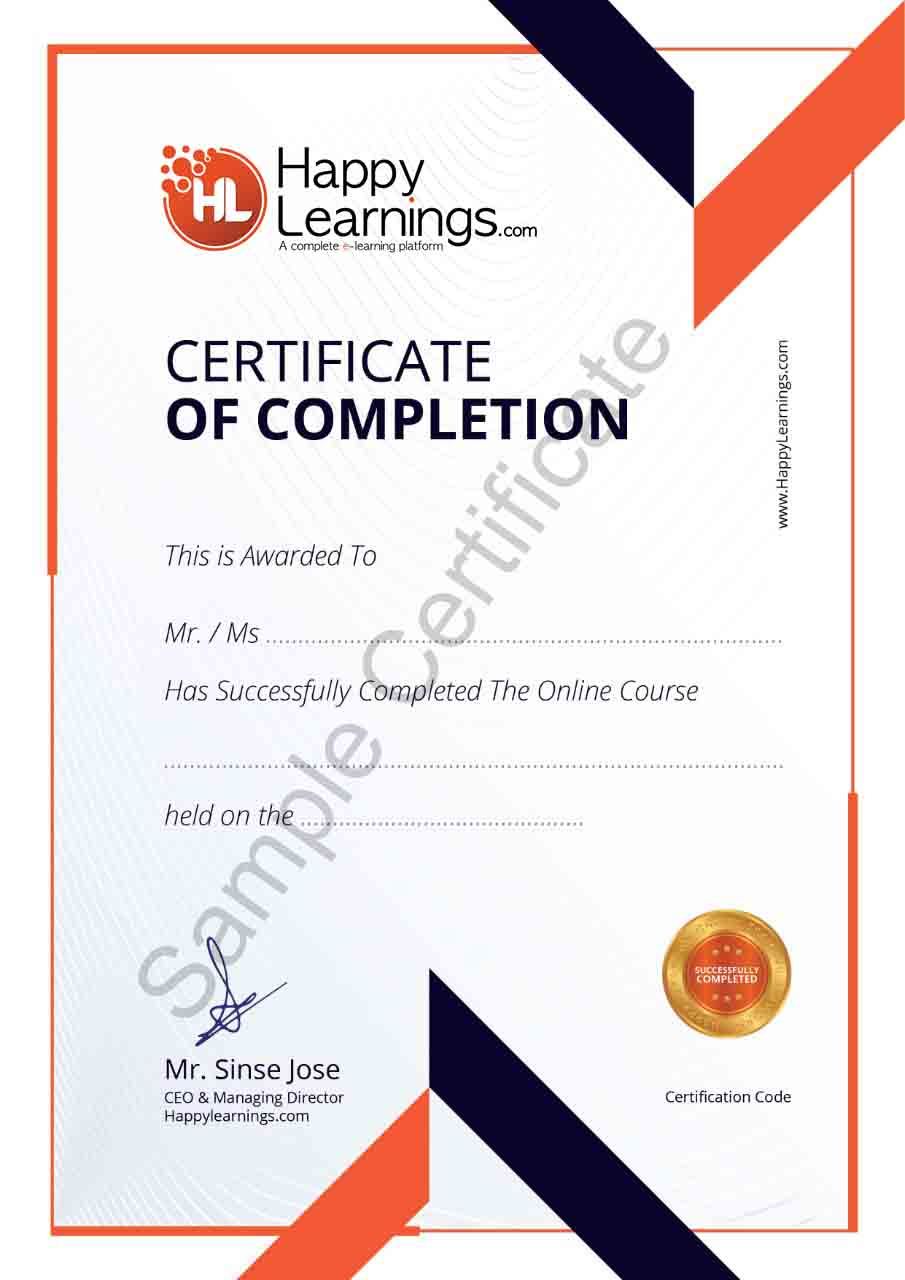 Happy Learnings is the fastest growing online education marketplace on the internet to learn accounts, business, software, technology, and creative skills to achieve personal and professional goals. We partner with companies and individuals to address their unique needs, providing training and coaching that helps working professionals achieve their career goals. In addition to helping individual learners achieve their goals, we offer flexible, cost-effective group memberships for your business, school, or government organization.

HappyLearnings.com is one of the world’s leading certification training providers. We partner with companies and individuals to address their unique needs, providing training and coaching that helps working professionals achieve their career goals.

Excellent course, with crystal clear content and explanations. I found Django to fulfilling and absolutely easy to learn yet powerful for my needs. Highly recommend this course!

This was my second course in Happy, I got the same satisfaction that I experienced from the Python course.

Your email address will not be published. Required fields are marked *